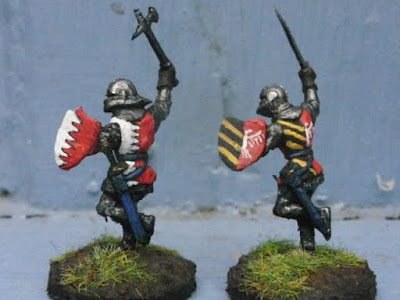 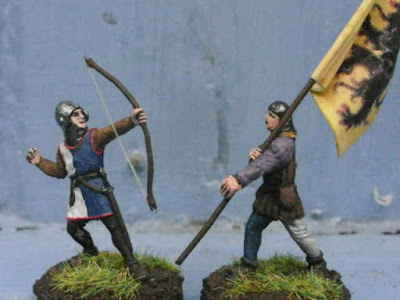 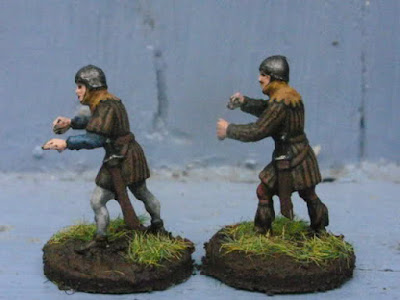 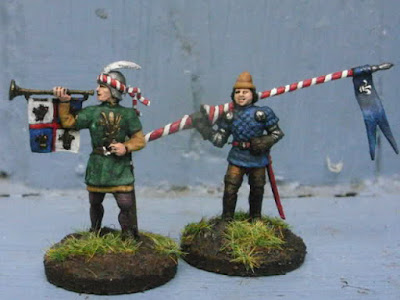 Body transplants. Always a bit dodgy. The top half has to look "natural" on it´s new legs. This isn´t difficult when creating a riding pose but the foot bods are a pain. Both tops halves are from Zvezda´s French Knights.   The trumpeter´s legs are from Zvezda´s French Infantry of the Hundred Years War, the Knave´s from Italeri´s Medieval Tournament and Medieval Challenge.. (one thing..the hand of the trumpeter, the one holding the trumpet..try that at home!!!! )
Posted by Paul´s Bods at 05:57 21 comments: