Again, as with the Zvezda Artillery of Peter the Great, this lot have been recruited into the Bodstonian ranks. 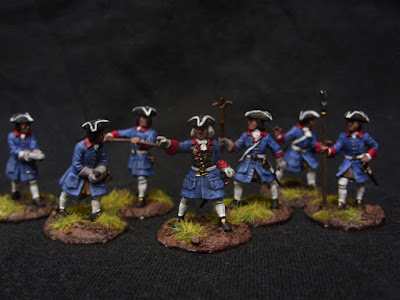 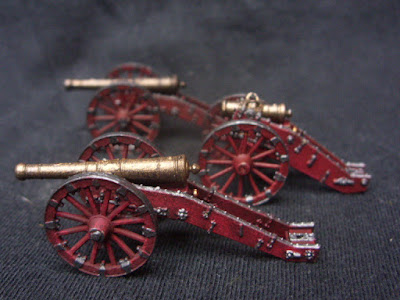 The whole battery*, including the Purple roses gun Team and a few extra conversions mixing bits from both Zvezda sets to bump up the numbers 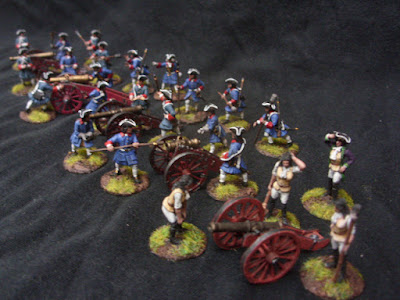 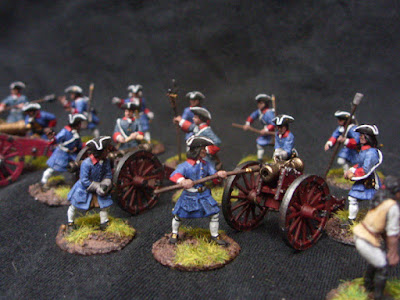 * I forgot to add another Howitzer to the line up from the Zvezda Russian Artillery of Peter the Great set. It´s painted a different colour anyway so it would have looked out of place. It´ll have to be added to the Bodstonian Militia. 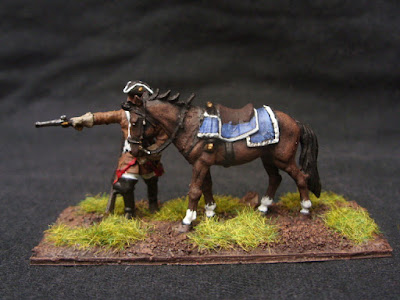 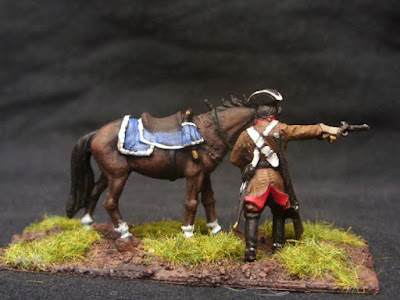 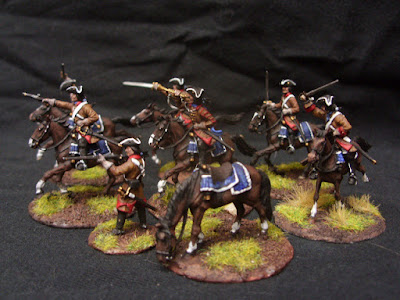 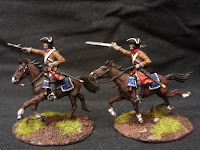 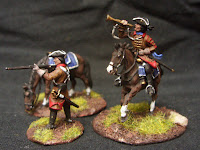 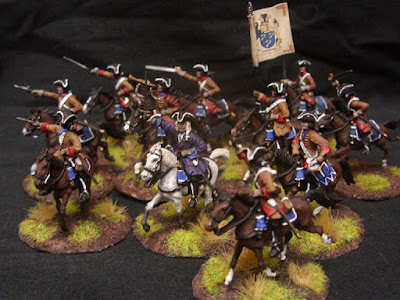 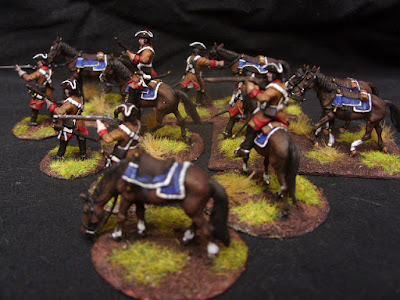 As with the Whitworth rifle set, 21 bods and 3 guns per set. 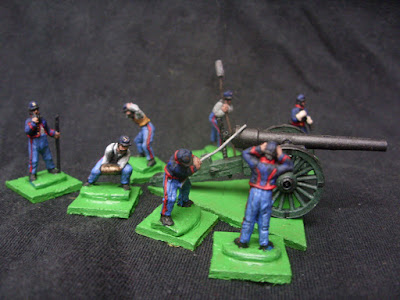 The Crew. A Tinsy bit of Flash needed removing.
The bod yanking the fuse rope. The molded Version of the rope was too short and too thick so it got replaced with copper wire. Easy Job. Slice off plastic rope, drill hole, add wire. I could have used  thinner wire but then it would have sagged.
The Shell being lugged  looks a tad too big for the gun but apart from that a fine looking Crew. 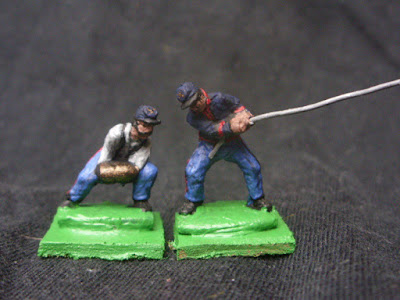 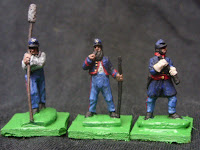 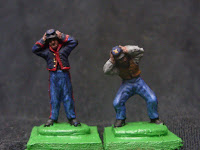 The Gun.... is big...very big but size wise alongside the Crew it looks fine.
My question would be "Why a 30pdr and not the more common 10 pdr versions?" Ok, 30pdrs are recorded as being used in the field but not as commonly as the 10-20pdr versions. 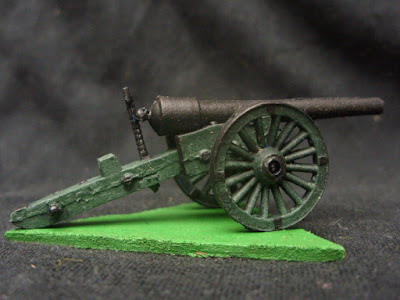 A couple of Problems;
The wheels apart from the 4 odd looking "Renaissance style" reinforcement blocks on the Wheel rims they have 16 spokes. In reality they had 14.
According to :

The Hand-book of Artillery, for the Service of the United States, Army and Militia. With the Manual of Heavy Artillery, Including that of the New Iron Carriage"By Joseph Robert, Major, 4TH Regt. Art., U.S.A., and Colonel ed Penn. Art.Fifth Edition, Revised and Greatly Enlarged. New York: D. Van Nostrand, 192 Broadway, 1863.http://www.civilwarartillery.com/books/ ... ArtCarMach

How many kinds of wheels are employed for field carriages?Two: No. 1 for the 6-pdr. gun-carriage, the Caisson, the forge, the battery-wagon, and for the limbers of all field carriages. No.2 for the 24 and 32-pdr. Howitzer and the 12-pdr. Gun-carriages.In what respects are these wheels similar ?They are of the same form and height, and they fit on the same axle-tree arm. The height is 57 inches, and each wheel is composed of 14 spokes and 7 fellies.

The Trunnions. For some reason, the sculptor decided to have them seperate from the Barrel. This means having to drill a hole through the Barrel, which by the time I´d done this, I´d decided to use a bit of copper wire to create the trunnions rather than try to fiddle the plastic ones through the Barrel.
The cascable (round bit at the end of the breach)  Again seperate...why? It means another hole needing to be drilled.
The Manouvering Bolts at the Trail end were ok but a bit stumpy so they got replaced with copper wire.
The adjusting screw. The hole to fit it is dead centre of the carriage..it would be better a bit to the left so when added it sits just beside the cascable as it did in real life....like this; 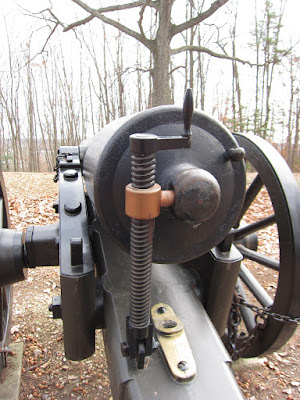 Any way, I used the 16 spoke wheels as this will become part of the ACW wargame Project so historical accuracy isn´t really called for.
Here´s a great vid of an original 30pdr being fired. Loads of interesting stuff, first a bit of history, then explaining the difference between Percussion and time charges, all the parts  of the gun, what parts each crewman played  etc.

3 guns and 21 bods in the set. More than average amount of Flash than Strelets latest sets but not as much as some manufacturers. 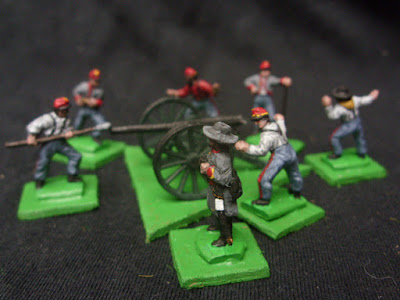 The Crew.
The ones who are posed to turn the wheels and the one who appears to be aiming the gun (on the left of the pic)  have slightly lobster type Hands but in the main the Crew is fine, especialy the officer, 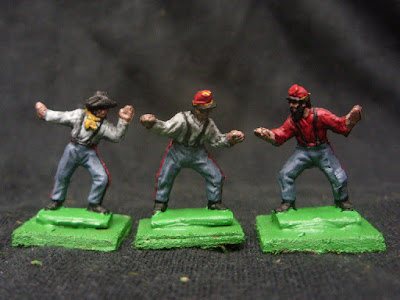 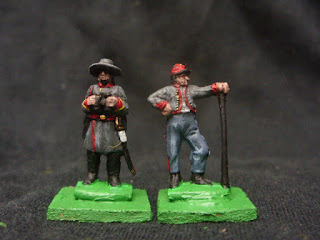 The Gun
The Barrel of the gun was (on all three sprues) was a bit bent but hot water Treatment sorts that and  the trunions on the Barrel needed shortening...apart from that, the gun fits together well, the only bit of glueing needed was the adjuster under the breech.
Interestingly, the guns breech is modelled with a friction primer guard...a field Alteration that was taken to stop the friction primer (inserted into the rear of the breech) flying out due to the pressure created when firing the gun. 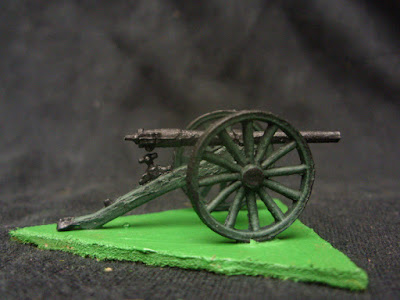 When put together the gun has an odd look to it..the Position of the Barrel to carriage Ratio looks odd, especially the breach side of the gun being so Long to the rear of the trunnions.  They, in real life, did look a bit "out of Balance"
The set is fine and shows for the first time in 1/72nd plastic a gun that needed making..and as Strelets brought out this one, someone else did as well. Told you it needed making 😀
Not just Whitworths but also an accurate version of a 10pdr Parrot rifle and ...Napoleons, and seige guns and...... they come with Equipment or without as can be seen below. 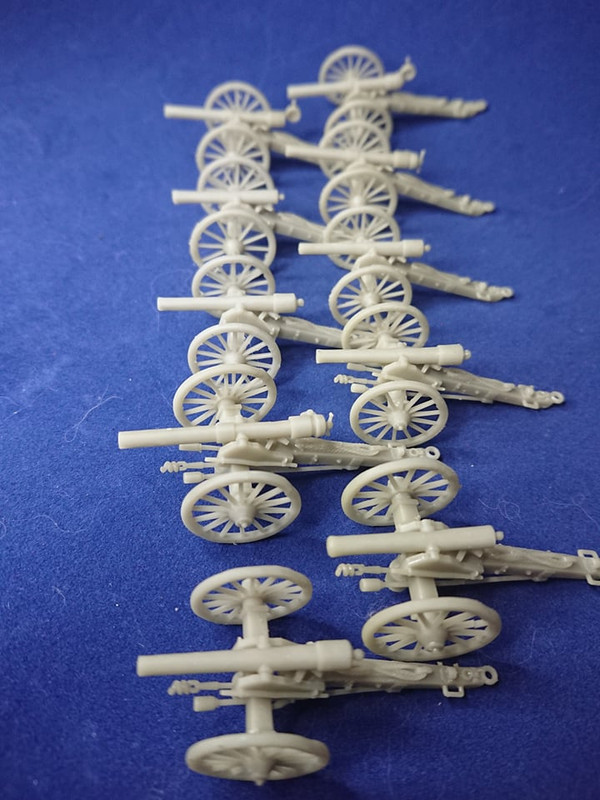 Not only guns but loads of bods (and Bodettes) .....all in original poses, like these 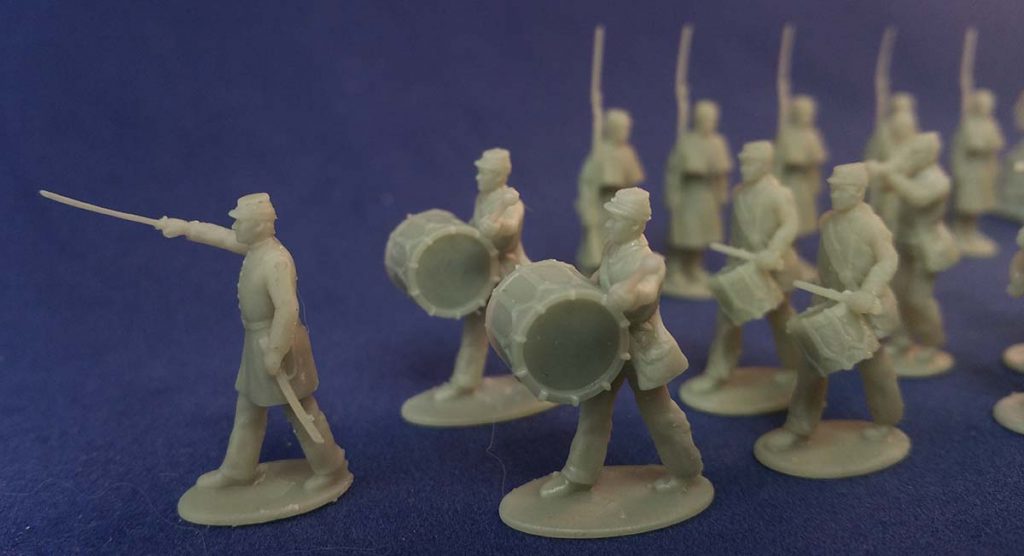 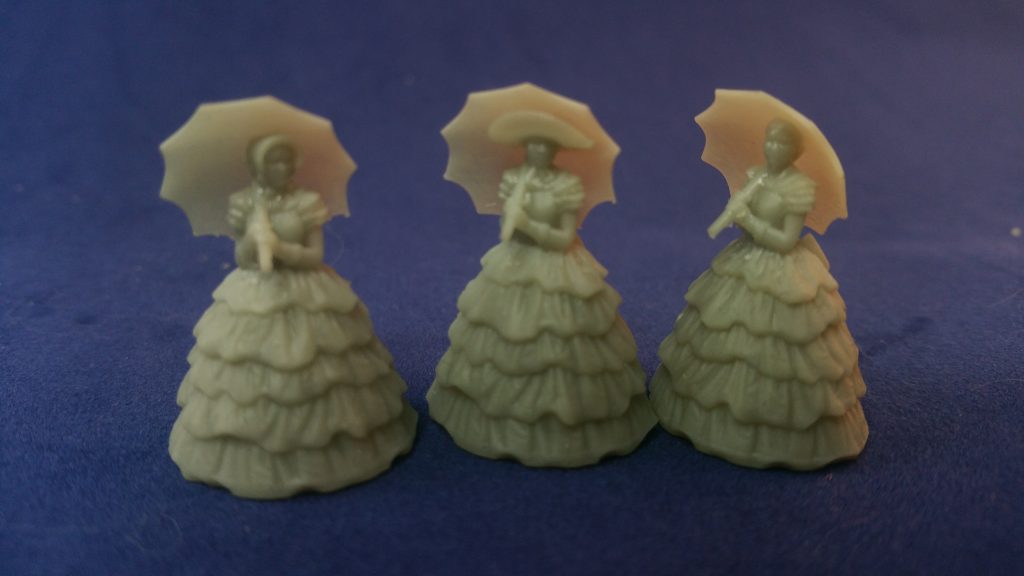 Where do I get these lovely bods and guns I hear you ask....well the Name of the new manufacturer is.......

Customization?We can do some customizations of the models, just ask for price info. And no problem with other scales than 1/72, please make a request and we can propably resolve it and also calculate the price difference for you.

*Apparently the breech was prone to jamming so they were loaded as a breechloader so a ram coud be usefull.