What became of the plans for this year ? One came to past..the ACW Project was added to but sadly, yet again, Bodstonia got left out 😞 So similar to the Goals of last year.

Plans for next year? More ACW, if not create any storylines I can at least paint up some bods for Bodstonia...and -----?----well, whatever else takes my fancy.

The usual softish rubbery type plastic favoured by Caesar, no Flash. Two of them have seperate arms which fit without glueing. As with the ratmen, there´s two types of shields, one cresent shaped and the other round and as with the ratmen, in some cases they need glueing. 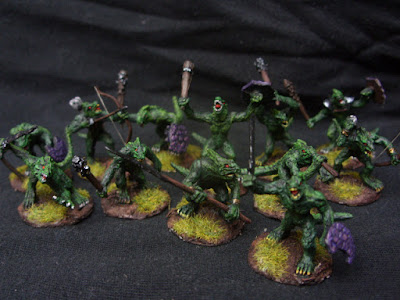 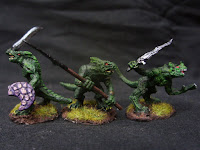 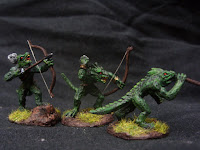 A doddle to paint due to the lack of clothing, belts and the like,  I went for a "realistic green" and used that colour scheme for the 12 poses  but then thought..."why not have some in purple ?"
I added a bit of Gold to the mix to create a bit of a shimmer which doesn´t really come out in the pics. 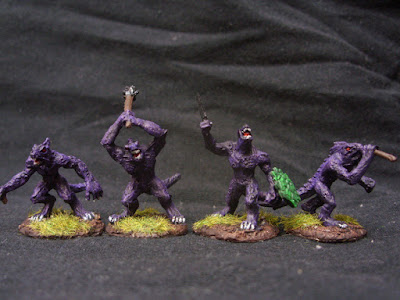 ...and, if purple, why not blue ? There´s blue versions on the boxart 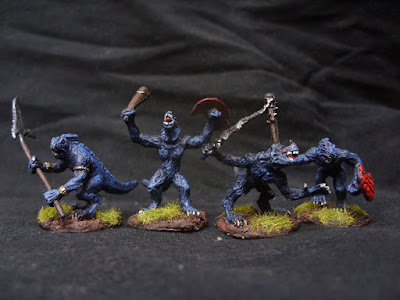 The whole gang together 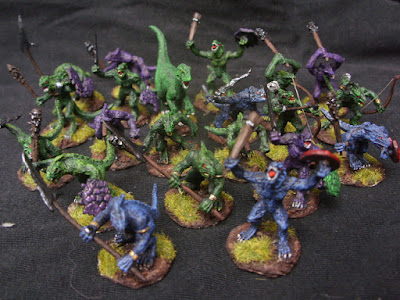 The big lizard Comes from the Modern Mounted Amazons set 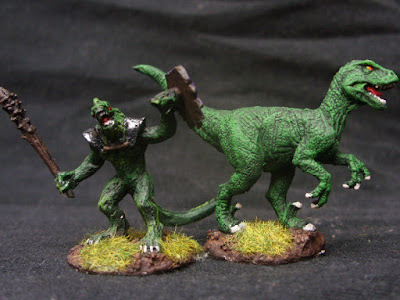 Messengers.? Do I really Need them? It might come to a Point where the games will require them but until then...Why not ? 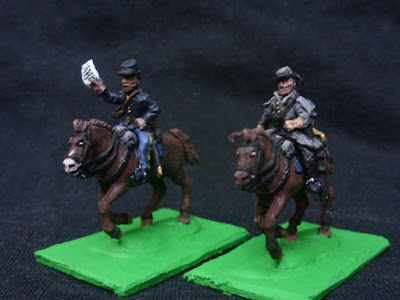 For the confederates and from the Strelets Confederate Command set, the bod representing  , Major John Pelham. If...at any Point, the Project allows for horse artillery, he will be reinstated to his former role.
Luckily, the Strelets Union General Staff set has an ADC who fits the Job as Messenger

The  wounded and dead from the Strelets ACW range. I haven´t painted the bases the old School green yet and nor have I done any blood effects. They are toy soldiers made from plastic...and don´t  contain any blood....... 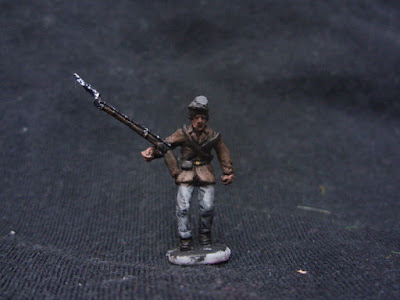 Pickett´s Charge 2. Not doing so bad with three casualties but still not as bad as the.... 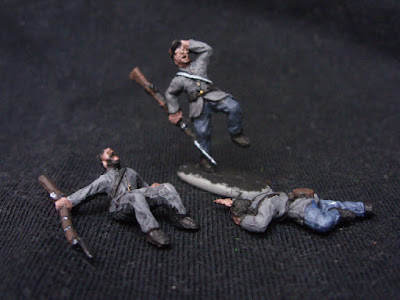 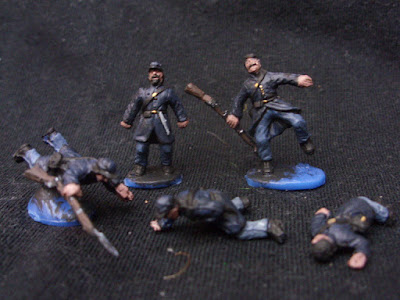 US Troops in Attack 1. 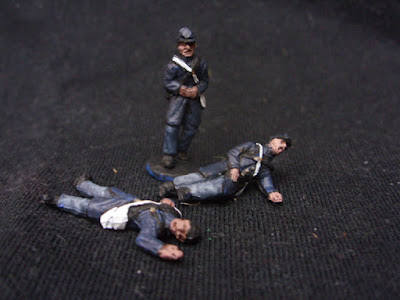 Obviously they could all be painted up as either Confederate or Union bods. Less obvious, unless for a dio..what could they be used for? Casualty markers perhaps. Me, I´d have preferred more actual marching, charging poses..the casualty bods could have been produced as a set seperately.

Nope, not a third set but some conversions swopping arms between both sets. As the plastic is slightly rubbery the swops are easy. Simply slice of the arm and pin to the new Body using fine steel wire. Any gaps filled with PVA 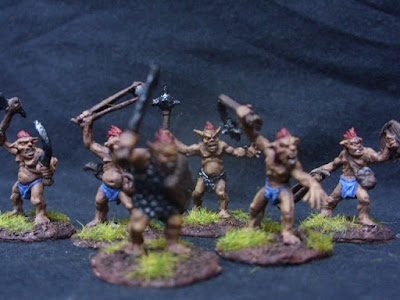 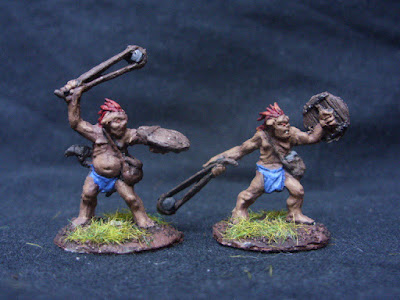 ......from this pair who got the slingers arms 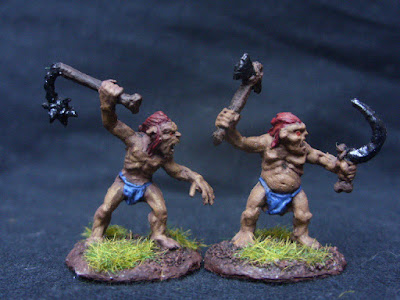 Arm swop. There´s also a lot of potential for simple weapon swops but adding these six brought the tribe up to a round 30 and I´ve got some other stuff to paint so unless I get some spare time the other conversions will have to wait. 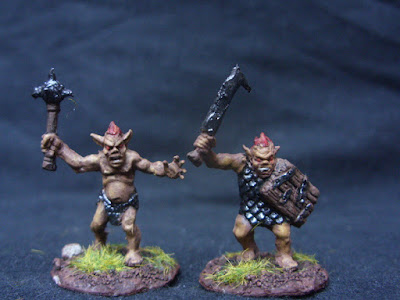 The whole army together 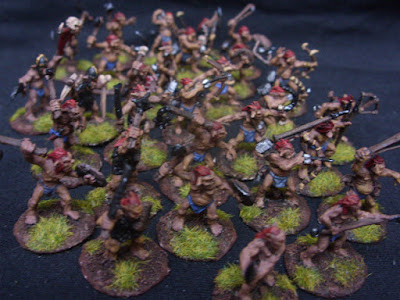 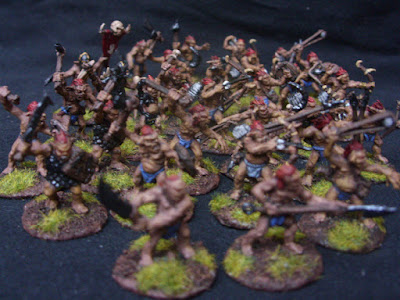 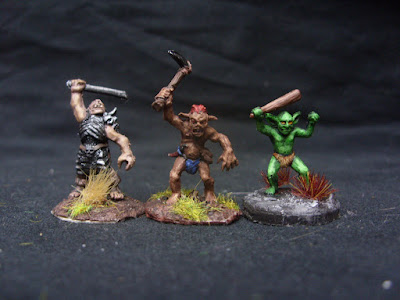 Again from RedBox and again  on the Dark Alliance side,   the set has 48 bods in 12 poses. Like the previous set, a winsy bit of Flash, middle hard cream plastic. 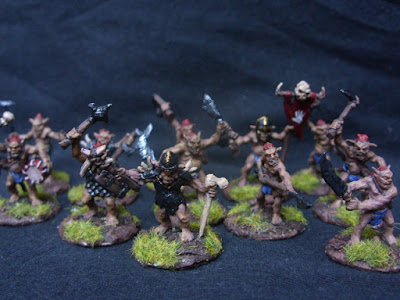 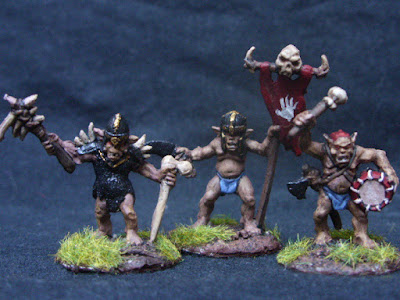 Couple of pics of the others 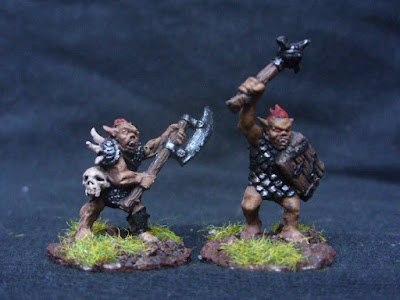 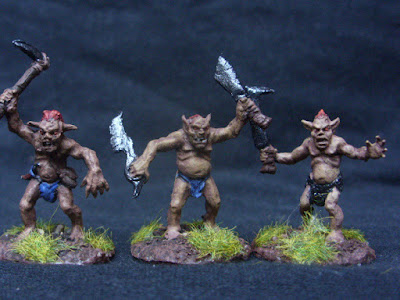 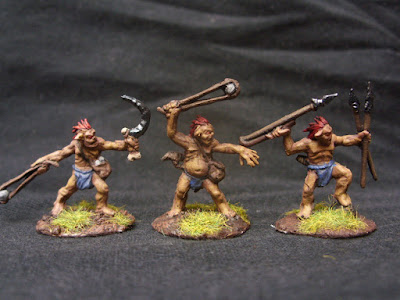 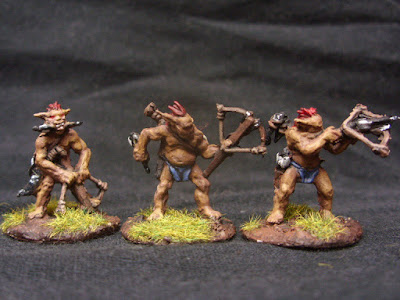 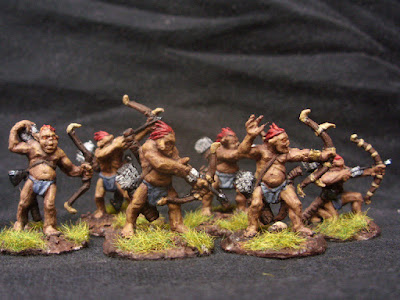