He fell on his sword

A mini dio for a comp titel, "Russian Hero" in Honour of the genius sculptor, Alex and was held  at Valdemars Forum.
Rules were;
"to make a diorama which shows a medieval Russian knight as a hero, at least one Valdemar bod"
I haven´t got that many russian knights and I know of no medieval heroes, the only one I could find was Alexander Nevsky :-X Anyway,,,he´s also called Alex so it counts :-D
Also...I didn´t have enough time to create a proper "historically correct" basing..so the sandy ground was used. 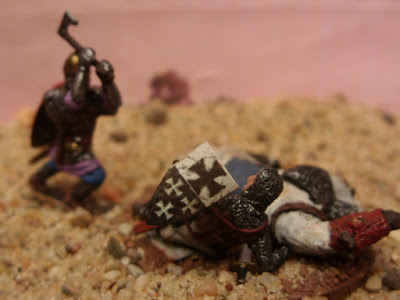 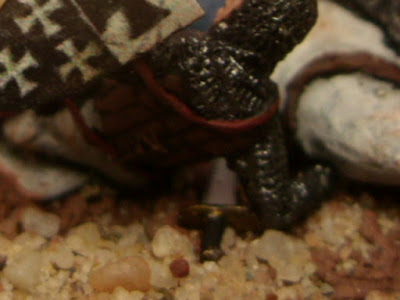