Another stand of bods for the Bannockburn Project. 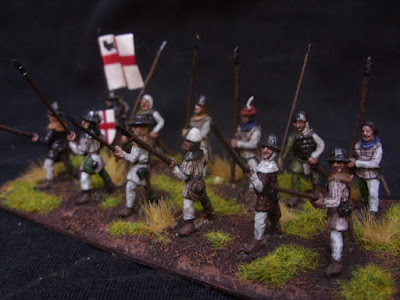 The Standard. It bears the coat-of-arms of Andrew Harclay, 1st Earl of Carlisle.
Usually, the Cadency mark, the Martlet in the first quarter, signifies a 4th son but apparently he was the 1st son..so would have had a Label as a cadency mark ??

I can´t find any mention of him  taking part on the campaign or being at Bannockburn,   he was probably busy with the defences of Carlisle at the time  but I reckon he would at least have sent a contingent of Soldiers for the Invasion.

Wether he did or didn´t send troops or was in fact present on the campaign, the addition of  his banner adds a bit more colour. 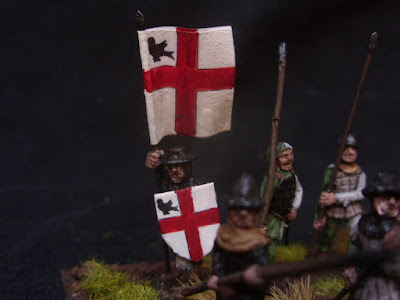 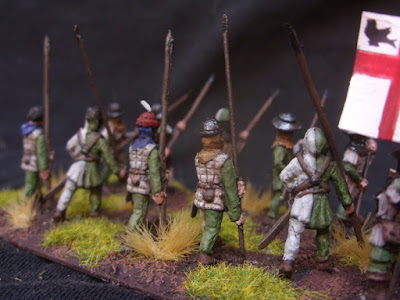