As these are dressed in early medieval armour (Lamellar armour) and not high medieval knights, I thought it best if they were to be part of the teutonic orders. I was going to use a classic templar flag but I like the look of this one which represents  the (Vogt) Bailiff  of Roggenhausen. They were levy to the teutonic crusades but the armour would fit to the period, and with no other markings, heraldry etc, they can be mixed with other medieval bods. 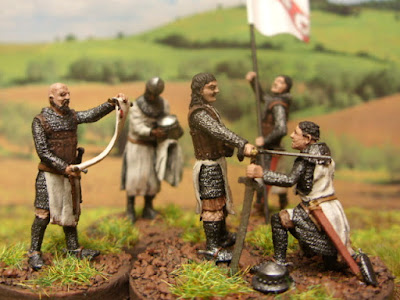 The soldier recieving the knighthood has had his surcoat torn at the left shoulder and is holding it up with his right hand. Wether a Bailiff (Vogt) could give someone the titel of  knight I´m not sure.. 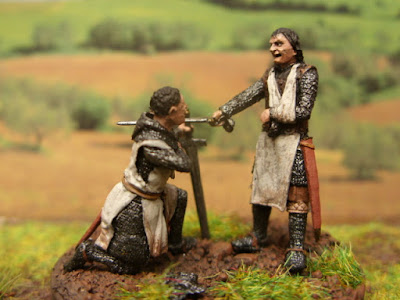 The set Comes with a set of gloves and a helmet 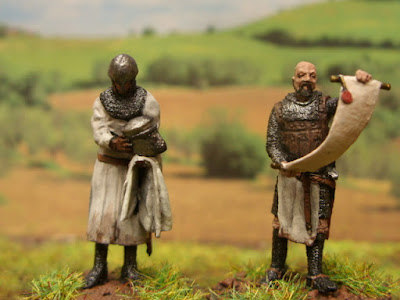 A servant (of the "king") and a knight reading out the deeds for which the soldier is being knighted. Judging by the fact that the Vogt has one arm in a sling, maybe the kneeling knight saved him during  battle. 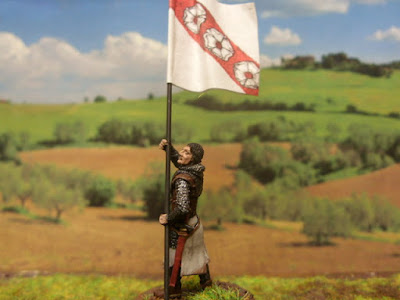