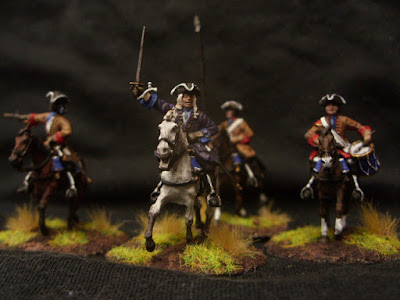 The commander of the Bodstonian land Forces (I F**kin` hate painting White nags!! ) Colonel Jeremiah Coleman and his son, captain of the 1st Bodstonian Dragoons, Rupert. 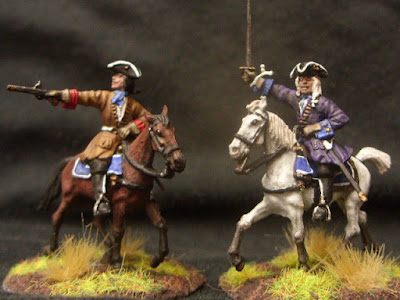 Standard bearer and Drummer
Over at PSR, there´s  a bit of doubt as to wether the Drummer would have used his drum when mounted and should have it stowed. Wether in reality the drum was used when mounted makes no difference to me because in  Bodstonia,  the drum is used both when in the saddle and out. 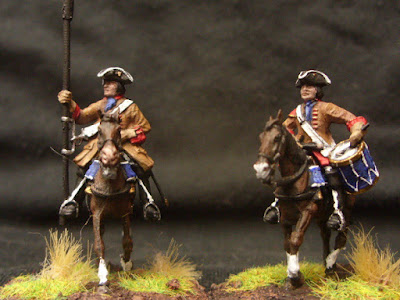 The flag hasn´t been added as my Printer has run out of toner
Posted by Paul´s Bods at 07:13 10 comments: