Made from resin, produced by Mini history and it came with the problems that large resin kits can bring..more later.
The machine, when finally built is an impressive beast....large and being made from resin..heavy.
I´m not too sure wether it would actually, if it were real, be able to fire. The winding gear appears to be in a bit of an odd position. It  looks as though it would be smashed by the stone being  launched.!! 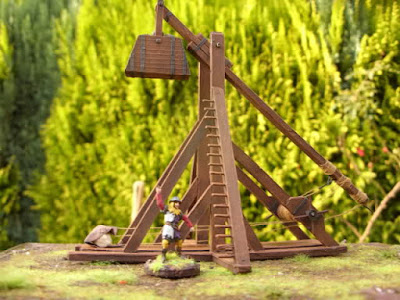 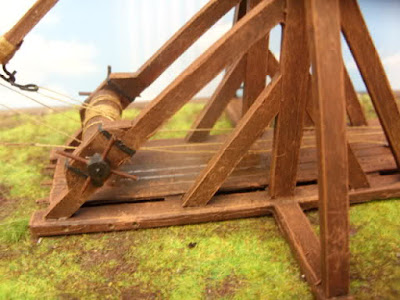 I created the "firingpin" myself..wether it´s correct..??..  I´ve added a bit of mattgloss  to represent oil that was used to reduce friction as the sack with the stone slid along the running board 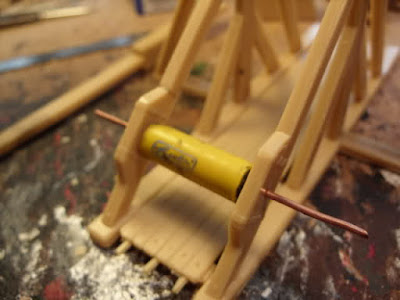 The wheel for the winding gear had very thin pins one of which broke off straight away so i replaced the whole thing with a section of pen, which I filled with green stuff and then pushed a copper rod through the middle. One side of the device was quite  bent and when I used hot water to try and straighten it up, the support holding the winding gear axle..snapped!! 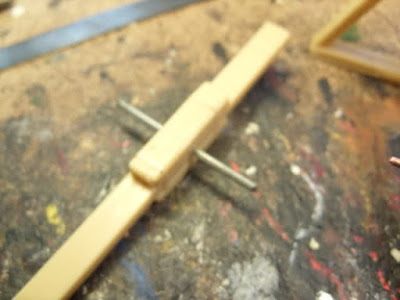 The axle supplied was way too weak and I didn´t even attempt to use it..it went in the bin with the winding gear.