Labelled as Steppes warriors these, considering Alliances other fantasy output,  are definately the Riders of Rohan. One of them even  looks like Theoden.

12 bods and 12 nags in 6 poses.  You also get two lances, 2 shields, a bow in its holder, a quiver of arrows, a mace and a sword.The bow or quiver can be attached, peg into hole,  to one of the nags. The Shields attach, peg and hole, to the backs of the archers. The peg is on the archers quivers so it can be removed to give a bit of variety if the whole set were to be painted. The mace, sword and lances, although nice looking and easy to remove from the sprue,  I swopped them out for metal ones from the spares box.

Zero flash on both the bods and the nags. As far as I can remember,  it´s the first set   I´ve bought without any flash that needs removing. Ok, I removed clumps of grass that  were on the hooves but that wasn´t necessary, just a personal preference.

spear shall be shaken, shield be splintered,

a sword-day, a red day, ere the sun rises! 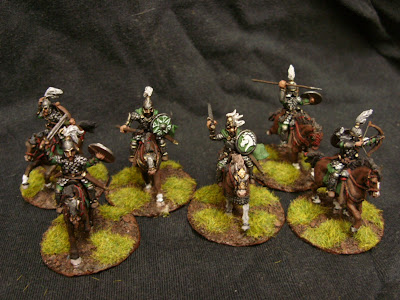 Close ups
Each nag has a secondary weapon slung on the right except for one which has a rope.
The nag with the bow quiver. The hole could be filled and using a 1mm drill, a hole can be drilled in any of the other nags. 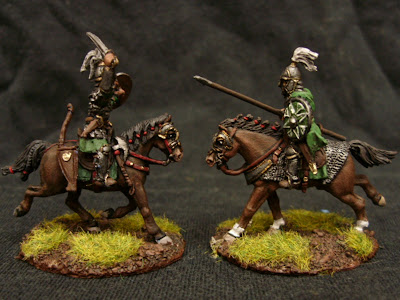 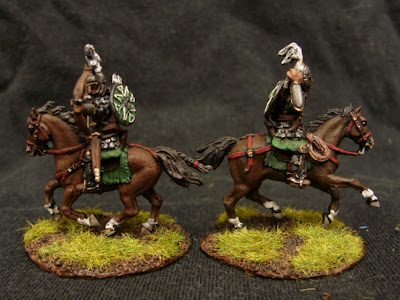 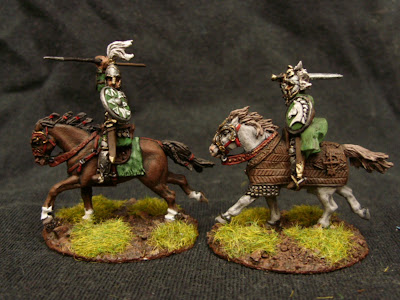 Like em? I love them. 💗
The detail is top notch. Not clear in the pics but Lower leg and forearm armour has straps with clearly defined buckles. A couple of helmet plumes needed repositioning so they are flowing in the direction of movement. The holes in the hands for attaching weapons are a wee bit small but that´s easily sorted and better small holes than ones which are too big leaving the weapon dangling at an odd angle.