"In the days when only few men could read..and fewer could read there is recorded a mysterious event in the Dark forest far to the north of Styrow-On-The-Foam.
On a stormy night, triplets, of whom all were male,  were born to a lowborn couple living in the forest.
At first the woodsman and his wife were overjoyed  but within days of their birth, the 3 sons took on a strange appearance.  Thier eyes yellowed, thier ears appeared longer than those of normal man born children.
When on the mothers breast they bit visciously, often drawing blood which seemed to throw them into a frenzy of excitement.
Within the first two weeks they took to eating meat with a relish but shunning vegetables.
The Woodsman, worried, decided to seek advice. His wife begged him not to leave her alone but to take her with him.  He assured her he would return soon and that the long journey was not possible for her and their young sons. He left his home to journey to the town to find a wiseman, his feet spurred on by a cold fear gripping his heart.
Upon hearing the tale, the wiseman hurried back with him..but, on the evening of the third day,  as they  neared the woodmans hut, a thick mist rolled in as if spilled from a giant cauldron, turning the early evening air almost as black as night.
The pair slowed thier pace, advancing   towards the hut cautiously, the woodsman gripping his axe, the wiseman muttering protective charms.  As they moved forward,  rustlings could be heard from the bushes, dark shapes seemed to  rush from tree to tree.
Finally they reached the hut, the door of which stood wide open. Upon entering they found........."


At this point the pages from the journal are missing..but myth and story tell of three brothers of execrable appearance who live in the woods..three brothers whose mother was human and father was of demon form. 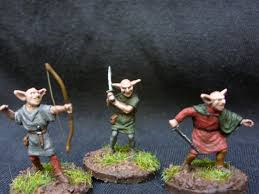 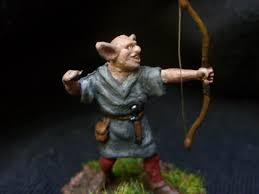