Another lot of fantasy bods from DDS, the Light Alliance´s Elves set 3

10 poses in the set, virtually no flash. 3 of them are female and they could have gone with a second set of just females. Or possibly three sets. The first set cloaked and helmeted heavy inf types that could form a battle line and the second set archers and the third female fighters.

When put alongside the average 1/72nd bod these are a bit taller but that´s ok as Elves are described as being around 6`6" (or taller) so taller than men. 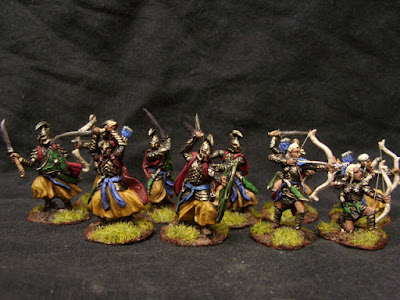 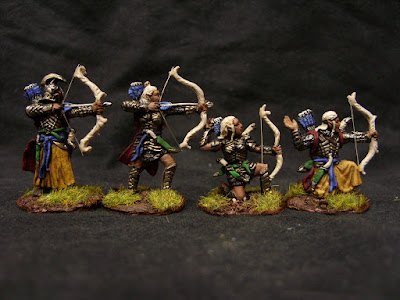 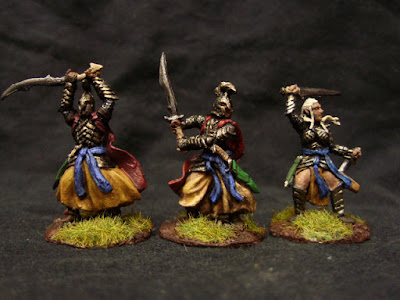 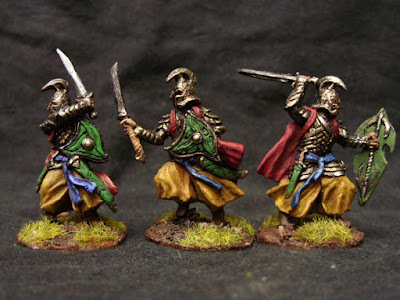 Ok...10 poses? 😏Na, I think there´s some conversions possible with this lot. Where´s my scalpel? 😉