O . Sharif and the boys
Another set in the seemingly never ending Airfix sets.
The plastic was pretty brittle with this lot, the so called "plastic rot". Being a bit of a lazy sod, I painted only two horses and only both camel poses  so that all the mounted bods could be put into two photos. 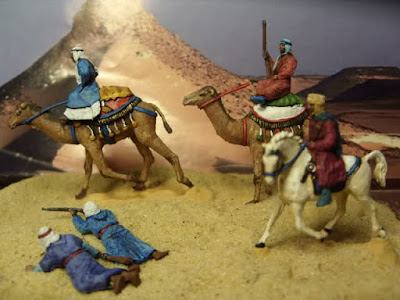 Basically, the set is ok...usefull from Beau Geste to WWI period but it´s a pity there aren´t more single bod poses.