I´ve already  made a couple of medieval slingers  using the  fustibalus,  Staff sling HERE.
They were unarmoured and due to using staff slings they carry no shields whilst using the slings.
Anyway, for a while I´ve  wanted some more medieval slingers using shepards Slings and with headswops,  the Norman Light slingers from Tumbling Dice fill my wish.
Swords and shields added from the bits box 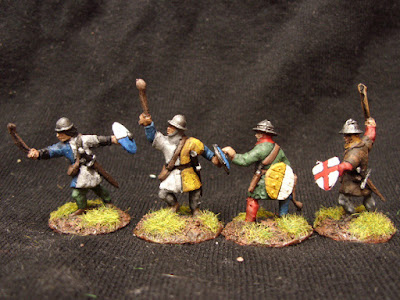 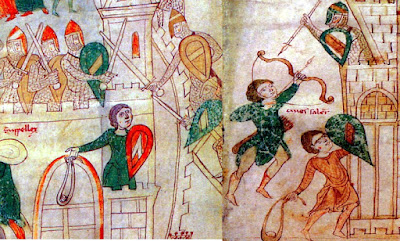 Also..a bit later, a soldier using sling with a shield on a 15th century painting of the  Battle of Nájera 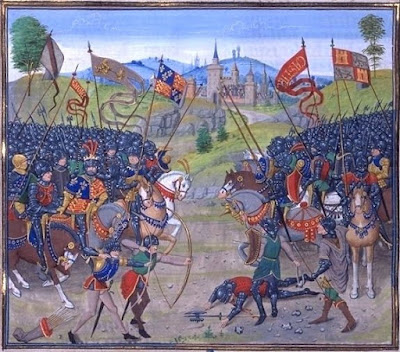 Loads more contemporary pics of slingers, with and without shields HERE
HERE it´s shown that a shield and sling can be used in combination
ee
Posted by Paul´s Bods at 08:57 5 comments: