40 of ém, also from the lead and resin pile, drafted in as either what they were intended for, ie, Builders or as additional "place here and there" extras for the 1329 dio. 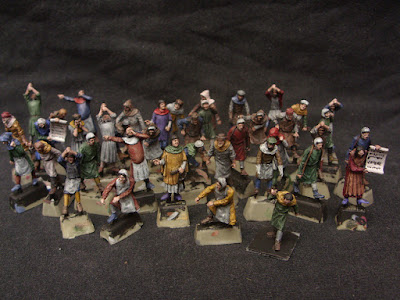 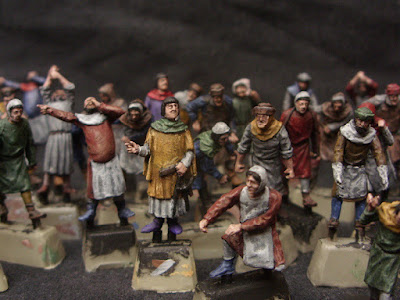 A couple have had small alterations, like removal of measuring devices.... 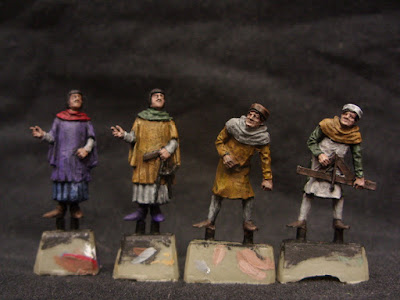 ...and Tools. The one still Holding the handle..I lost the top of the pickaxe..I´ll add a sledgehammer type head later), the bod in the middle lost the head of his shovel so the handle was removed and the carrying straps were removed on the one in green. 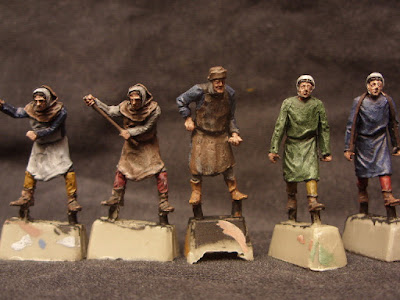