To answer a question..."how do I produce so much?"...the answer is..I´ve got a troop of elves. They come out at night, paint etc and in return I give them shoes. Cobblers!!  I hear you shout, but no..I didn´t say I made them.. There was a sale on at the local toy shop...and seeing as Elf feet are similar in size to barbies. Quite amusing seeing elves tottering about in high heels.

A bit more of the green belt has been taken up.
I´ve added a river and called it the "River Fome" because there are no fish ( Fome in Portuguese means Hungry ) and the Village will be called Styrow...because it started as a row of pig farmers houses...who had.....pigstys.
The full name as written down in the Boomsday book  (there was a lot of thunder at the time) is the Village of Styrow on the Fome. 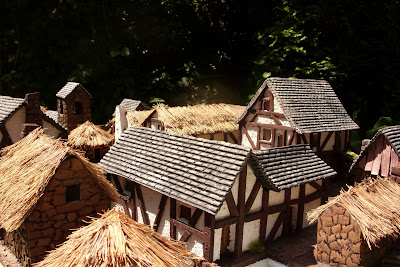 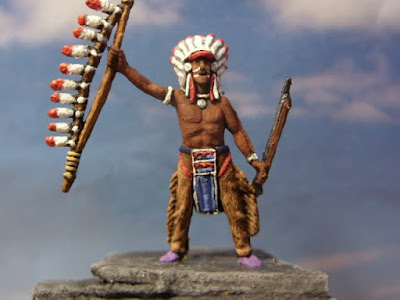 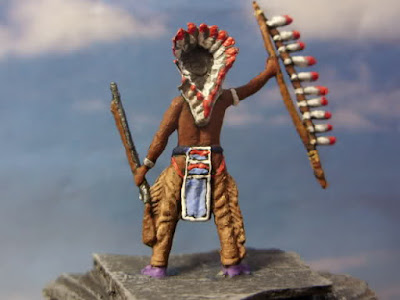 Medieval Market traders, A lady and a Prostitute

All 4 from valdemars civilian set number one.
I´ve decided to have some sundays off from posting...nothing to do with a lack of bods and stuff...just that I´m getting very badly behind in visiting other blogs...so I´ll devote some more time on sundays to that...:-D

Hell to Sean.....another whose Google friends connect isn´t set up to link back on.
Posted by Paul´s Bods at 07:19 15 comments:

The first set of Medieval hired thugs, the second set here. This time they aren´t mainly armed with spears but with all sorts of nasty looking clubs and axes. PSR rates them as pretty average which is pretty accurate IMHO..though not a bad set. I´ve made a couple of alterations, the two with shields have had them replaced with printed ones, I used a homemade halberd instead of the one supplied and the guy swinging an axe has now got a flail from the Miniart hussites set.

Hello to Legatus Hedlius.He has 5 blogs..but I must admit that my favourite is Cavegirl Wargaming, simply becuase he is very inventive with creating the cavegirl world and it´s monsters etc, and nothing to do with the "undressed" condition of some of the cavegirls.......................honest :-D
Posted by Paul´s Bods at 08:53 10 comments:

Wonderfull bods these...I really like the look of  them...the fun bit being the multi-parts allowing seemingly endless combinatios of heads, arms and weapons. I haven´t decided yet how I´m going to base them yet. 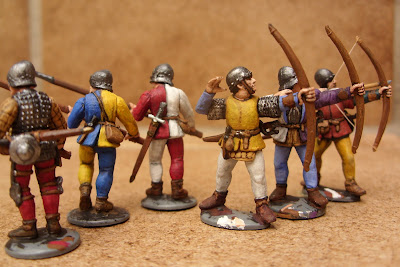 Georgi and the dragon

This lot are miniart Italian knights  and a couple of miniart German Knights.

The whole army so far 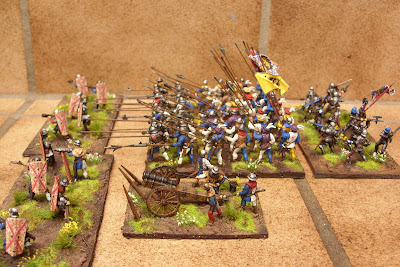 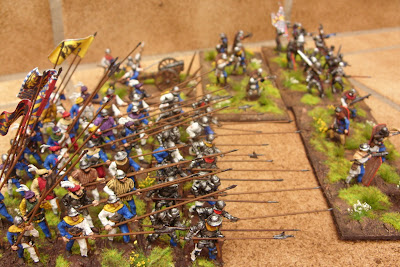 Or they could be marine bandsmen, Created from the Airfix Guards Band and WWI British Infantry 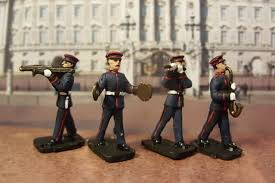 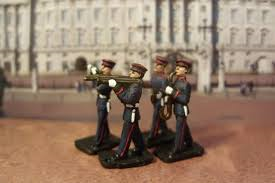 Both these little 1/72nd scale master pieces are from Fredericus - rex who are now the main suppliers of Valdemar bods. 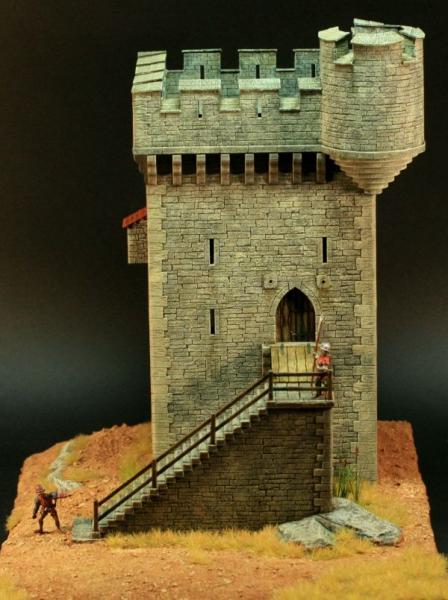 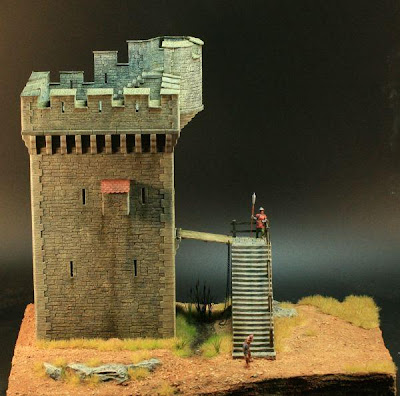 Poor Percival has sprained his knee :-D Bods from Valdemar

Hello to Michael from Angel Barracks He sells 6mm bods, buildings, nags...everything.  I have a lot of respect for those in the hobby that paint 6mm and I can highly recommend going and having a look at this site. The houses!!!!! The "snake fence"!!!!! The chuckwagon..which comes in 3 parts!!!! Incredible!!
Posted by Paul´s Bods at 04:37 13 comments:

Carpentum!? What the heck is that? A wagon basically,,The PSR review answers it better than I can, so I´ll stop the scribbling and put up the pics 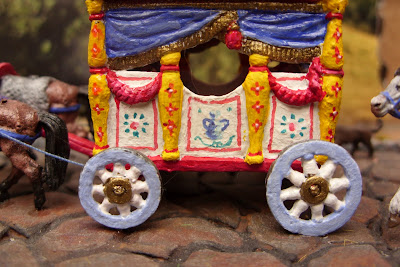 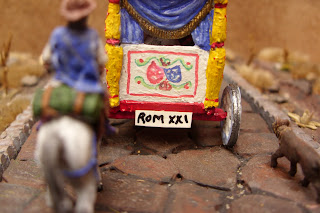 Hello to Kevin Howroyd. Kevin  paints and games in a range of scales and periods. His Jacobites are lovely!!! He even has his own games room..the lucky ***** :-D
Oh...sorry,  his blog...Kevs Wargames Cabin
Posted by Paul´s Bods at 06:49 12 comments: 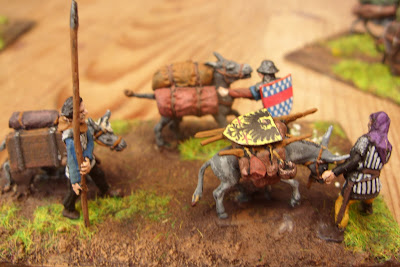 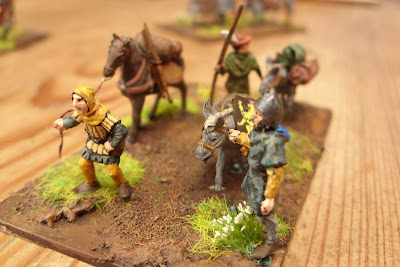 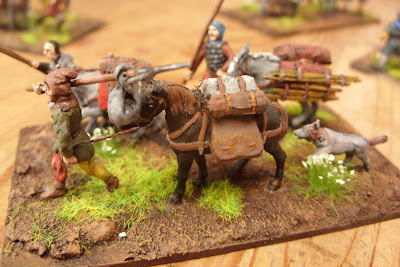 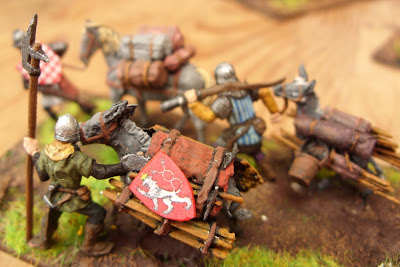 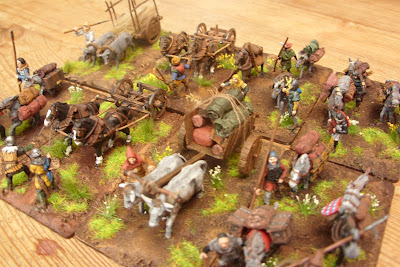 A couple more wagons... ( a medicus one etc ), an oxen team for pulling heavy equipment and some civilian carts and it will be finished
Posted by Paul´s Bods at 06:44 19 comments: