Along with  Bodston -  Main town  (the 50 buildings Project) Boddingham - the  farming community centre (10 buildings) and  Boddington - the  Fishing and farming Hamlet (6 buildings with a stockade) I´ve decided to create a couple of small farmsteads based on the ones at  the Plimoth plantation..

Ok...they are buildings from the early 17th Cent  and Bodstonia is  18th century based but it´s an Imagi-Nation so they fit. 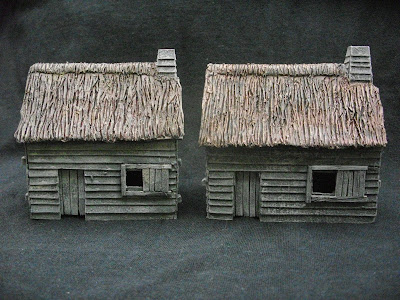 Farmhouses.
The Window shutters are in a sort of Frame and can be slid shut.

I tried to recreate the Clapboard planking using  short pieces of Card as on the real buildings, but it ended up  looking complete mess so the  I used continous strips instead. 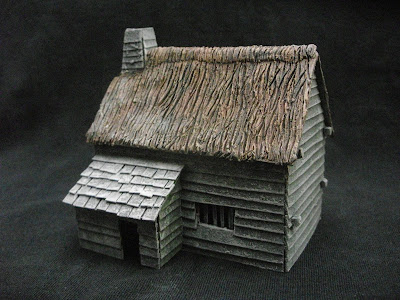 Rear with storage shed.
The woodclad chimneys. Wood cladding with a surrounding  thatch..slight fire hazard? This got me wondering.. so after a bit of looking around I found  a pic of one of the Plimoth houses showing the inside of the chimney (from the hearth  up to the top) and it Shows the insides are coated with something that Looks like clay. 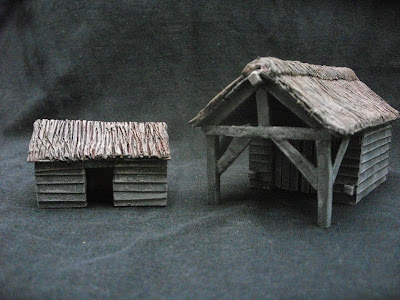 This film, a psychological Horror called ,The VVitch (the Witch) which is filmed partly  in the Plimoth Foundation.(the main street can be seen in the opening Scene)
Reckoned to be as historically accurate as a film can be.... and well scarey :-D
There´s evil in the Wood!!!!