Nope, not that lot..the below were a real bunch of rohirrim, the influencial and powerfull French Family of Rohan.
I wasn´t Hunting for anything to do with LotR when I came across them. TBH, I can´t remember what I was researching..something medieval for sure  but what exactly.. no idea.

The named bods are from the 12th -14th centuries and would not have met or even lived at the same time as each other but having them as a Group makes for a good titel.
The Standard bearer carries the Main C-o-A of the house of Rohan. Shields and flag are printed. 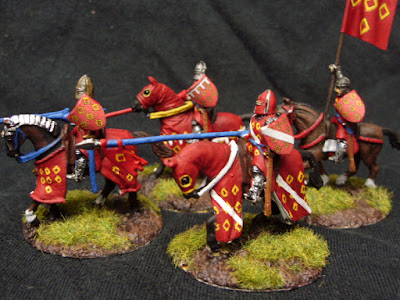 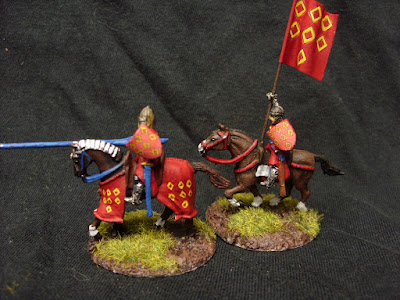 Josselin of Rohan of the Rohan-Montaubans. (??)Gules, nine Mascles or and a cadency mark Argent 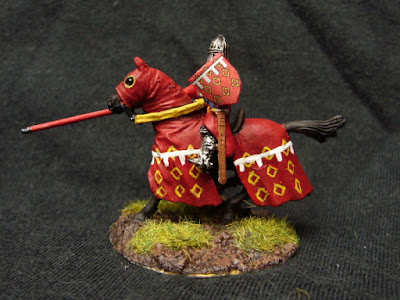 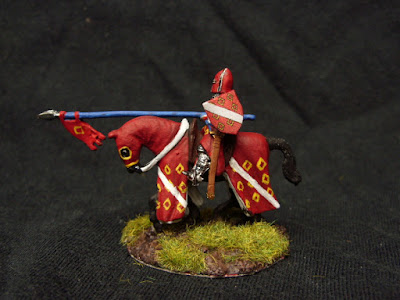 As usual, they´ve been added to the Medieval Lords and Ladies list

The make of the bods and most of the nags? The nag* riden by Josselin of Rohan has Ralpartha on it´s base but the rest are unknown makes.
*I added I tail.