As with the English archers set, the kit and the weapons are similar to the Irish, Scottish etc soldiery of the period, so again,  the titel is a bit..er?..restricting ? IMHO, They could have used the Titel, Medieval Men-At-Arms - 13th-14th Century equally as well.
Full PSR Review HERE
12 poses (not including the Streltsi  bod) and so far, I´ve managed to bump it up to 14 with 2 conversions but more conversions are possible. ..at least 4. 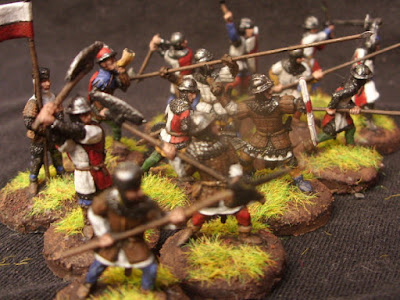 Close ups .
The spearman on the far right has a peg to attach a buckler to the left arm but I decided against it. 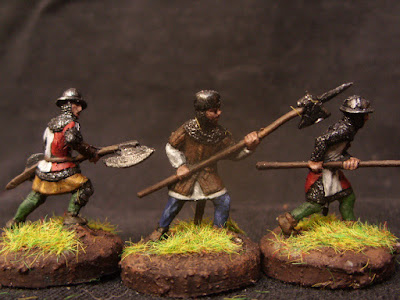 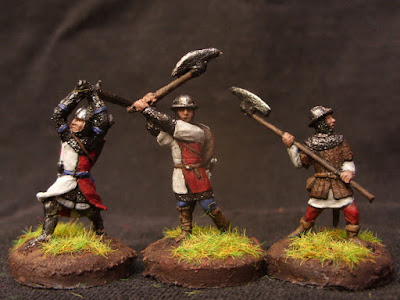 Obviously the "Flag" could be replaced with a spear, or in fact a spear with a printed flag instead of the chunky plastic  pennon and I have a cunning idea for altering the trumpeter into a more combative role. 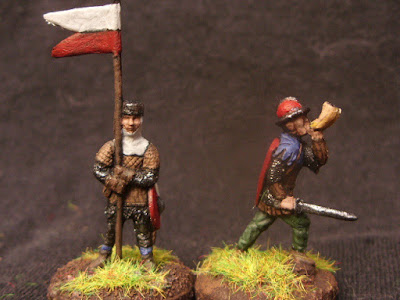 IMHO, this is an all round excellent set from Strelets, not only due to the Detail and that there´s virtually no Flash but there´s a Feeling of nostalgia as they have couple of figures that remind me of the 1/32nd Airfix Medieval soldier bods. :-)
Infact, why didn´t Airfix release the  1/32nd set in 1/72nd scale!! ...and TBH, I wouldn´t mind if,  along with the 1/72nd bods, Strelets released thier sets in 1/32nd as well. Now that would give me a damm good reason to make functioning 1/32nd scale  trebuchets and ballistas! 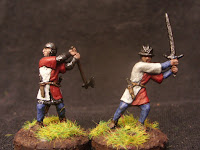 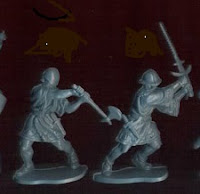 Conversions.
This pair had thier shields swopped as the large round ones, while not improbable,  just didn´t say English Men-at-Arms to me, so they got the Heater style ones instead. 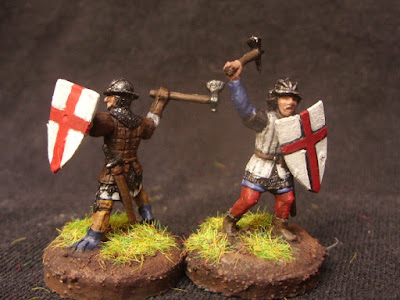 This pair. The one on the far right lost the end of his halberd so it was replaced with a spear. 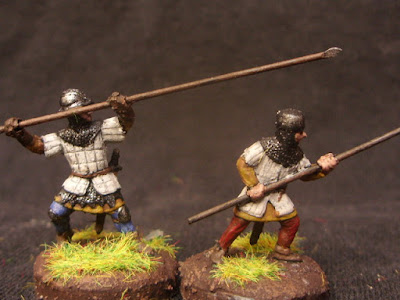 ..
PS..The Airfix ACW Project is finished, as far as the bods, Terrain etc goes. I just Need to make a couple of "measuring devices" (Grapeshot /Cannister effect thingy) and game pics will appear shortly.
Posted by Paul´s Bods at 08:41 10 comments: