I thought the Airfix Golden Hind would have been my last ship build  but never say never. 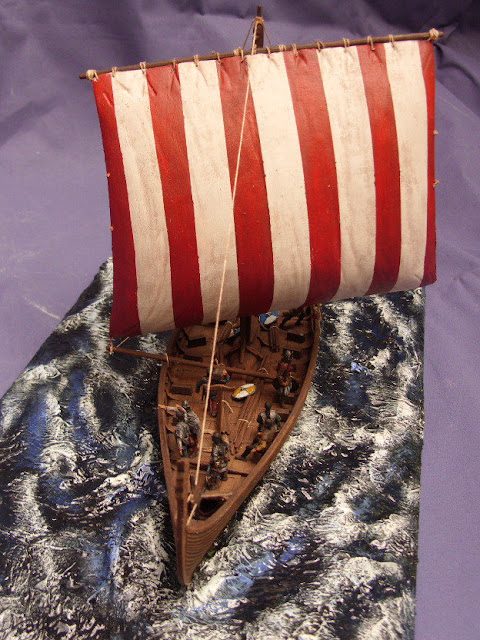 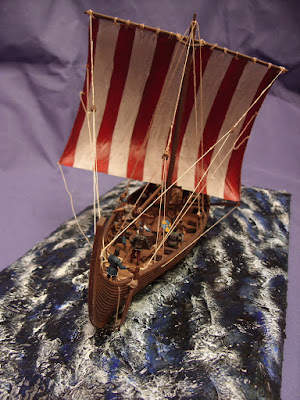 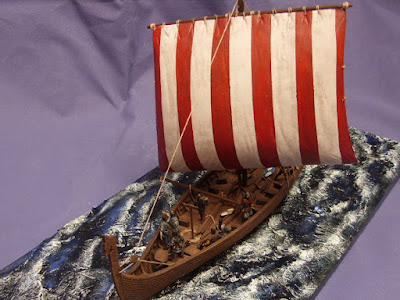 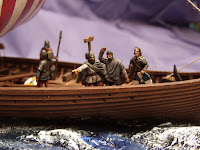 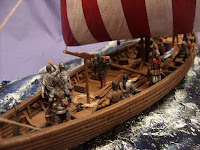 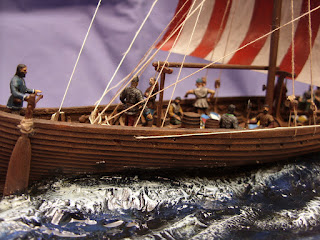 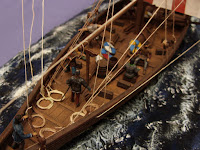 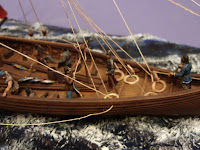 The Build
The hull and decking fit together easily. I decided to go for the under sail version which meant covering all the oar holes. The covers are tiny and adding them was fiddly to say the least.
A couple of hours and many layers of paint. 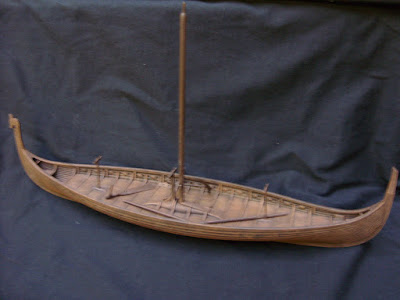 The Sail.
After trimming the sides it (it´s one of those preformed plastic sails) was scored with fine sand paper to remove the shine and give a paintable surface. Fine thread glued on along the edge of the top and both sides. Several layers of paint. The 1st two in opposing directions and layed on with a course 1/2" brush to give some texture, then 3-4 dry brushes. Masking tape and the red stripes added.
Holes drilled and attached with thread to the spar. 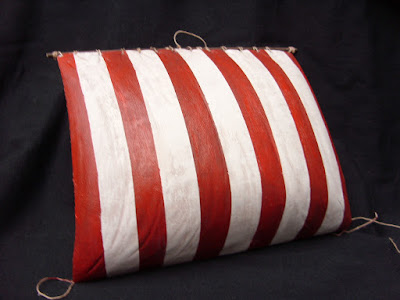 The Rigging.
The Emhar instructions are a bit, er?, not that good. They suggest drilling holes in what are essentially, very thin ribbing to secure mast ropes, nothing on how to rope up the anchor and some other oddities that don´t strike me as being quite right.
After looking online I found two examples;
1. A Dusek kit HERE
2. Another wooden ship (make unknown) HERE
I used both as inspiration for the following rigging, except I´ll use plain slightly modern blocks instead of the odd looking "H" things shown on both the above linked builds.

As soon as I added the sail, it became very apparent I´d need three hands, one to hold the ship and another two to attach the rigging so...
...I made a stand out of some old polystyrene packing. 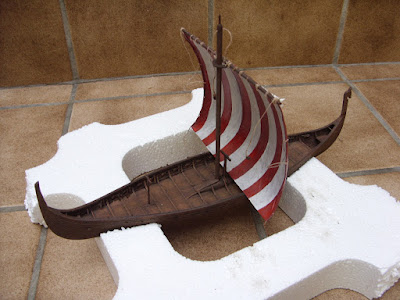 Most of the rigging completed. 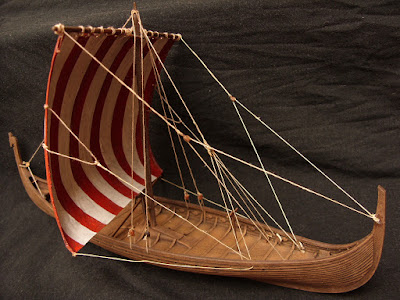 Prefit of the rudderman. The Emhar Bods are hard plastic, so the arms can be altered into position and they stay put without warm water treatment 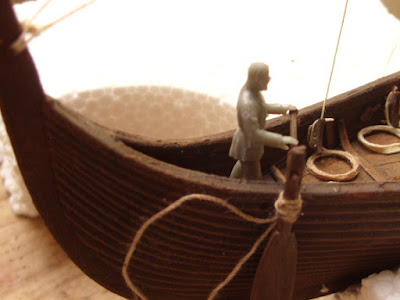 The Crew
Mostly Emhar and one Strelets bod. I know, there´s only 14 but I haven´t found enough decent poses that would be usefull for crew members but I´ll add some more as and when I find them. 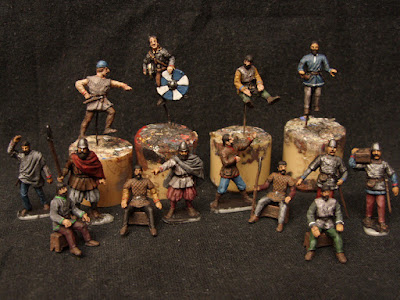