The first set* in the new range of medieval bods from Valdemar..also available HERE
5 bods, two tables, a leg of Beef and a wee piggy wig on a ladder. 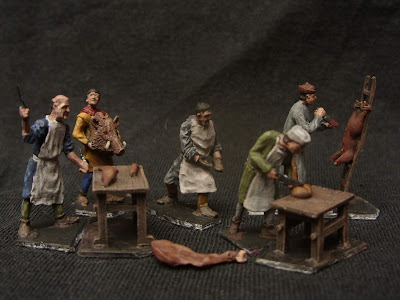 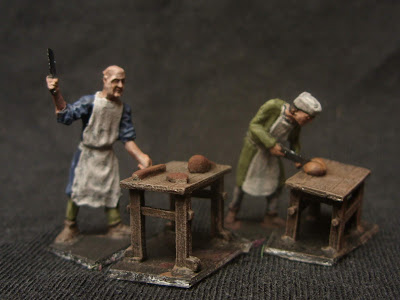 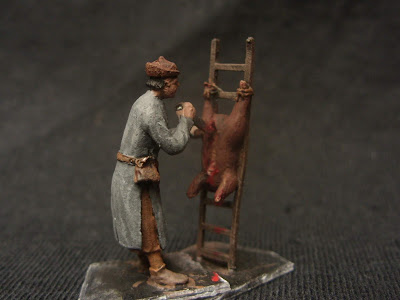 On the link, the bod with the leg of Beef is shown carrying it, but I´ve left that decision up to the creators of the 1329 dio. 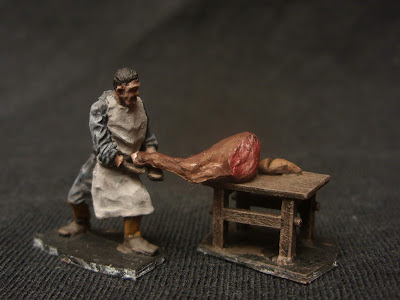 I reckon such a boar´s head would be quite heavy and not easy to carry in such a way, but  as I´ve never actually carried a boar´s head it might be possible. 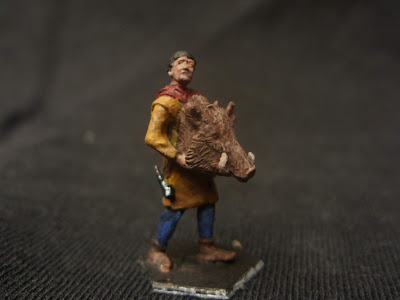 *Apparently, there will be a total of ten Medieval civilian sets which will add up to around 60 bods
Posted by Paul´s Bods at 09:38